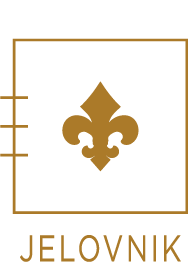 Restaurant “PETRUS”, located in the heart of Novi Sad, in the street Modena 1-3, is a European restaurant, known for its top menu, and offers different types of local and international cuisine. The dishes are the result of continuous research and are made from the highest quality ingredients.

It is organized as an ideal family restaurant, but also as a breakfast and brunch restaurant. The factor that makes the difference is certainly the catering service: from qualified staff, waiters and chefs, who meet all expectations, to combinations of tastes and creative cooking techniques that will make your most important moments unforgettable.

ABOUT THE NAME OF THE RESTAURANT

PETRUS is a fortress in Serbia, located 11 kilometers northeast of today’s Paracin, near the village of Zabrega. It is located on a hill surrounded on three sides by the river Crnica, while on the fourth (western) side it is protected by an artificial moat. Petrus was the center of the border (Krajina) area of the Serbian state in the 14th century and controlled the connection of the Moravians with the Timok Valley. This fortress is one of the largest mountain fortifications built in Serbia during the 14th and 15th centuries, for protection from the Ottomans. His masters were contemporaries of Emperor Dušan and Prince Lazar, prefect Vukoslav and his son Crep.

Today, Petrus is mostly in ruins, but it was a living place until 1413. since the last information about it dates back, when it was captured by Bayazit’s son Musa together with a number of fortresses. The fortress was abandoned either then or after the collapse of medieval Serbia in 1459. In the place of Petrus, there may have been a fortification in Roman times, and certainly in the 6th century, when it was a Roman fortification under Justinian.

During the 10th century, Petrus was a meeting place for hermit monks, and in the time of Stefan Nemanja, together with its surroundings, it was the only area on the right side of the Velika Morava that was constantly under their rule. In the middle of the 14th century, Tsar Dušan granted the prefect Vukoslav the area around Petrus, and it is also believed that he built a fortification that is visible today. After his death, the management of the fortress was taken over by his son Crep, since then there is little historical data.

Many legends have been preserved among the people, and one of them is that Petrus, as a border fortification of the state of Prince Lazar, warned with signals the prince in Kruševac. If an Ottoman troop was spotted, a large fire was lit in Petrus and seen in the village of Lešje, near the Monastery of the Most Holy Mother of God, where the monk Dionysius, the brother of Duke Crepa, immediately lit another fire that would be seen in Stalać. The Stalać crew then immediately lit the third fire that was seen in Kruševac, which informed the prince.

Powered by DIGITAL STRATEGY ONE

Powered by DIGITAL STRATEGY ONE